Getting test data for your system: as hard-core and as fun as it gets!

How does one test solutions for satellite ground stations without launching a satellite? Eavesdrop on existing ones!

Every so often in between designing REST interfaces, JPA mappings and scalable multi-threaded architectures, Amphinicy engineers get a toy to play with a task that doubles as "serious work". This time the trigger was testing: what does one do for testing when one builds satellite communications solutions for ground stations? If you have a few hundred thousand Euro and a year or two to spare to launch your own satellite, go for it! If not, "eavesdropping" on existing satellites is the best runner-up choice. As of late 2016., Amphinicy operates its own little improvised ground station, right in the middle of down-town Zagreb! What kind of systems we build, what we've learned along the way and all the ways a ground station built with pocket change electronics returned lavish dividends on the time invested in its set-up is for us to know and for you to find out! ;) 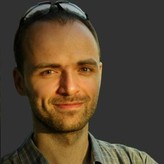 Tomislav Nakić-Alfirević received his BSc degree in 2003 and his MSc degree in 2011 in applied computer science at FER, University of Zagreb. He has been developing custom information systems and systematically improving the software production process since 2003, first in Netgen d.o.o. and the last 9 years at Amphinicy Technologies, where he works on ground solutions for satellite communication systems.