Writing code? Pfft... Evolve it instead!

An introduction to Genetic Algorithms, and how they can be used to "evolve" code rather than having a person write it.

We're heading into a future of delivery drones, driverless cars and 3D-printed "hoverboards" ...

With machines now able to perform many tasks better than humans, some people are going to be out of a job.

But not software developers, right?! Could a computer generate the code you currently write for a living?

In this talk, we'll take a look at one of the many biologically inspired approaches to AI - Genetic Algorithms, and how they can be used to generate code given a description of the function that that code should perform.

Spoiler - you're probably not out of a job, yet... 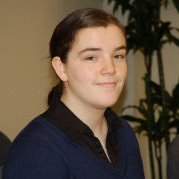